What is Fall from Grace about?


An epic war is approaching. A war that could end everything in existence.
Lord Sleth--a great hero and army commander--is exiled from the beautiful, heavenly world Araboth; the world he has known and loved his entire life. And all for a horrific crime - a crime he may not have committed.

Now, a young boy--Axel Brown--growing up in Central London is having strange dreams, dreams more real than reality itself, dreams so real he has woken from them with injuries.

Parallel to this story, a man--Malaide Field--awakes in his bed with a bizarre case of amnesia, his wife apparently missing, and a weird message fastened to his wardrobe commanding him to FIND SLETH.

Somehow, someway, these plots are intertwined with a prophecy that will see the world's salvation, or its destruction...

'How did my career in writing begin?'

A simple question with an easy answer:

I always wanted to create something.

I didn't know what it would be till I was 17, but the encouraging ideas were always present.

By initiation of the first 1000 words of my book, several subjects had acted as inspiration: Greek Mythology, Literature, History, Religion, Philosophy, and Psychology.

All these topics made a contribution to my first novel Fall from Grace and I completed the original draft in 2005.

Earning a literature degree at the University of Southampton by 2007, confirmed my desire to be a published author.

Still, I wanted to take one final test to know for certain if writing was the correct career path; in 2008, I dedicated all my 'leave' from my occupation as an Insurance Underwriter to a five-week break, finishing the second draft of my novel; the test itself was to see if I could live as a writer and embrace the solitude that parallels an author's world.

Fortunately, it was a great experience and now, if all goes to plan, the fictional tale that I have produced will be on the minds of young adults across the globe.

From London to the Caribbean Virgin Islands 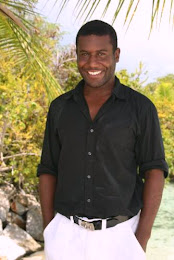 Click Logo to visit VIPY - the publication I manage